The reason we decided to visit Yellowstone was because it is home to the most spectacular geothermal features in the Americas. While in New Zealand we had a chance to visit the geothermal area and also tour White Island, a live marine volcano.  We were astonished and amazed at how alien and spectacular such sites were. The colors, textures, landscape formations, and also degree of temporal variability as the land opens up at sporadicly in the form of pores and fumaroles that alternately steam and bubble.Yellowstone has a bunch of sweet geothermal features including geysers, fumaroles, bubbling mud pits, sinter formations, pools of colorful thermophilic bacteria.  It turns out this is due to the fact that it sits right on top of a giant hotspot in the earth’s crust that is colloquially called a SUPERVOLCANO (I say colloquially because the term was coined by a BBC documentary in 2005)  Yes, SUPERVOLCANO, as in doomsday sized bursts of sun blocking blackness upon eruption. Don’t worry, it’s only erupted 3 times so far and not too recently either at 2.1 million, 1.3 million, and 640,000 years ago. Apparently the region does experience 1000 to 2000 detectable, albeit mild earthquakes a year. 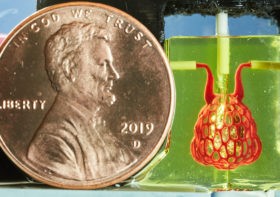