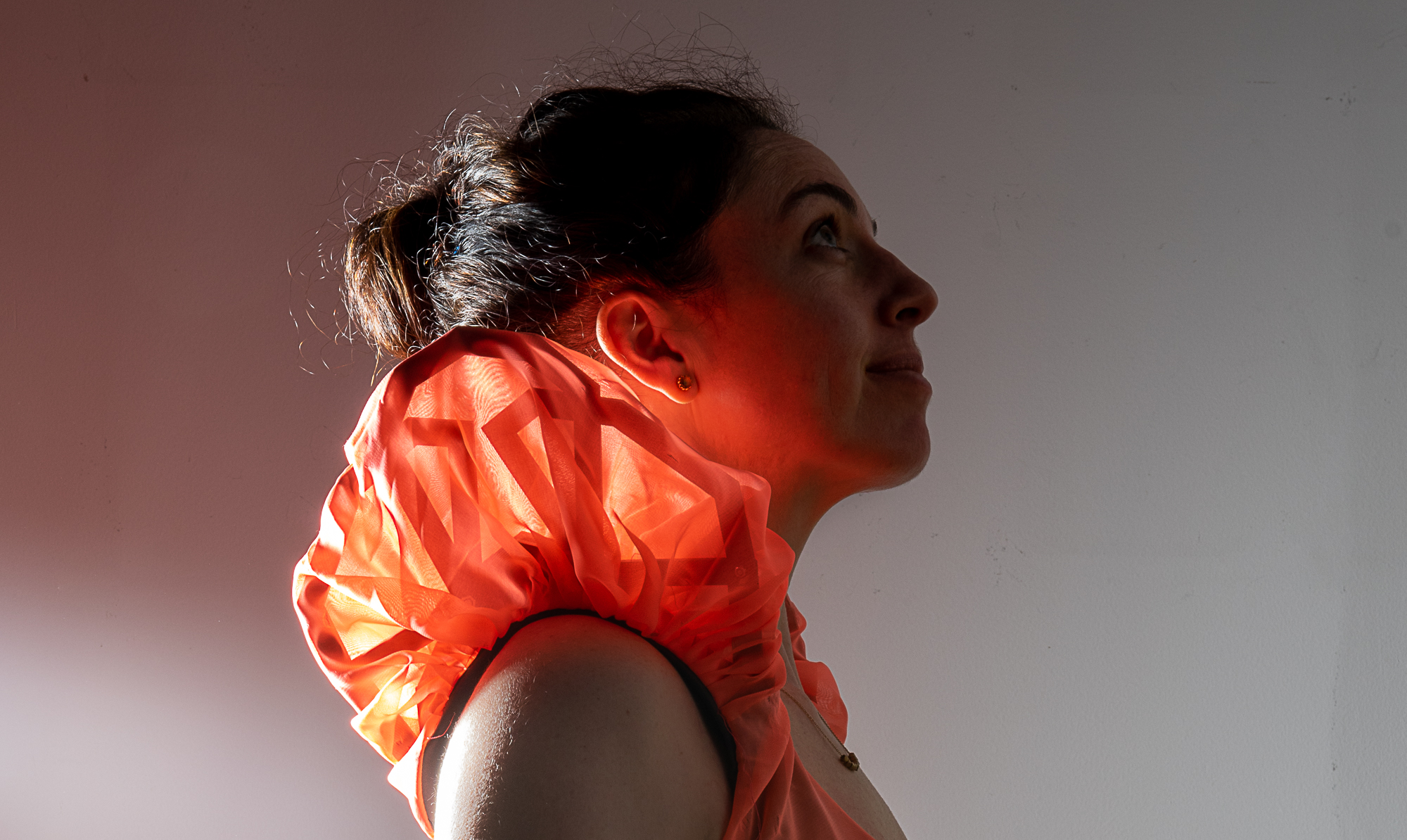 With our move to the Catskills, we’ve decided to start hosting artist residencies at our new place in the mountains. Our friend Rosa Weinberg, a designer and educator, joined us for a month stay right as the COVID-19 pandemic took hold. Below she writes about her experiences and work during the residency.

I visited Nervous System in Palenville, New York in late February, wanting to check it out as a place I might spend a few days a week working at their newly-constructed space. Jesse and Jessica thought this plan would make for baby steps towards starting a more formal artist residency. The idea was that I would teach in Cambridge on Mondays and Wednesdays and then head out west Wednesday nights; audio books would get me through the three  hour drive. The driving seemed a little crazy, but it’s hard to find a beautiful place to work when your main tools are laser cutters and 3D printers. This place was beautiful. When I visited, they showed me their newly constructed studio space, the swimming hole a few minutes away, the lunch spot down the street, the location of the summer hot dog stand, the hike we might do, and the place I would stay in the five bedroom, six bath, former-bed and breakfast. I had set aside time this spring to take a short sabbatical from my full-time job teaching middle and high schoolers at NuVu Studio. I had planned to teach with a friend at Harvard, write about some insights into design pedagogy, dive into my creative practice, and attend conferences. When my teaching at Harvard turned into virtual teaching and my spring break plans were cancelled, I asked Jessica and Jesse if I could come for five days.. The five days turned into three weeks. I eased into the quarantine with the illusion that I was just on an artist residency in upstate New York.

I arrived at Nervous System on Monday, March 16th. In retrospect I can’t believe they let me come; a day or two later perhaps they wouldn’t have. Initially what I was going to be doing at Nervous System was just one of the many things I had set up for myself this spring, but suddenly, besides my teaching, it was the only thing.

Jesse and Jessica don’t do anything halfway. They have on site every single piece of equipment I could want, laser cutters, 3D printers, a spray booth, a professional photography studio (not to mention a kiln, woodshop equipment, and myriad other equipment I didn’t use).

I stayed in a large room off the kitchen. My roommate, a very soft, charismatic cat named Kimchi, kept me company in the lofted bed. I had a desk in their newly constructed space looking out on their back yard, an enormous expanse with an unexplained circle of trees. And I had access to their equipment and most valuably, to them–their expertise, feedback and critique.

We ate lunch and dinner together and I cooked frequently. Jesse made bread, kimchi, and we consumed copious amounts of his hot sauce. I made cookies from the Momofuku Milk Bar Cookbook and salads. We went to the grocery store twice; we wore masks and gloves and bought enormous amounts of grapefruit seltzer water. Jessica and I set up our sewing machines in the dining room and made masks. I brought two to the check-out people at the out-of-place Dollar Store down the street.

Palenville is in a beautiful part of the state. I took runs along Kaaterskill Creek, running along Malden Ave, some of which fell into Kaaterskill Creek during Hurricane Irene. I sat on the rocks near the swimming hole on Woodstock Ave and felt absorbed by the sound of the waterfalls. We went on a few long walks, Jessica showed me her favorite fungi, and Jesse and I ran up a trail (I think) we should have hiked. Jessica and I watched Project Runway Season 14 almost every night, and I almost beat Jesse in ping pong. I joined my dance class by Zoom in their new space, tattooed by shadows from one of their chandeliers.

As my work has veered towards design for the body through assistive devices for disability, speculative prosthetics, sculptural wearables, and design for dance, I have developed a passion for discovering new ways to connect to the body. I have a long term collaboration with Heidi Latsky in which students design sculptural wearables for dancers, but rethinking the connection to the body was often beyond the scope of their projects. The body is a contoured, fleshy, expanding, sometimes sweaty, contracting site, often in motion. I am drawn to problems that elicit novel mechanical solutions and the body elicits so many. For the past two years I have (intermittently) been working on a device, which I’ve called a “Classp” which I invented during an artist residency at Fab Lab Barcelona. Integrated into stretchy fabric, usually spandex, the device allows clothing to hold onto the body, like a hand, with a firm but forgiving hold. The fabric part of this project has evolved since its first iteration but the mechanism has stayed virtually the same, save for the introduction of two silicone fingers that created a gentler hold which I worked on at a residency at The Garage at Microsoft. I entered this project into an Instagram-based competition run by Erin Robertson, Season 15 winner of Project Runway. It was one of the winners and was included in a fashion show at the Isabella Stewart Gardner Museum in Boston. The dress was then commissioned for a fundraiser at the Boston Center for the Arts. But through this, the mechanism remained undeveloped, a prototype.

This residency pushed the project out of prototype by exploring new forms of the dress and new forms of the Classp. During this residency the Classp evolved from an external armature to an integrated, sculptural form.  I realized that using copious amounts of pleats would allow non-stretchy fabric to co-exist along with the stretchy spandex and could expand to cover a large armature. After covering the Classp with muslin for a prototype, Jessica suggested I use sheer fabric so that the armature of the Classp could be seen. And after consulting a packing list from their move to Palenville, Jessica found me a box of sheer fabric in their barn. With this fabric, I made the final piece of my residency, the orange Flip Flop dress.

The artist residencies that have been the most useful to me have included a degree to which I have been able to access feedback and critique on my project. When I did the residency at the Textile Lab at Fab Lab Barcelona I was surrounded by an amazing cadre of designers whose feedback energized and pushed my project. During my stay at Nervous System, we formalized it, integrating daily feedback sessions. Jesse and Jessica give great feedback; they’re curious listeners and they sought to understand my intentions. In their feedback they’re generative in the exploratory phase of a project — giving new perspectives, lending out books, and suggestions new directions — and they’re kind in their criticism when ideas need winnowing down. As a design educator, this is what I do for my students, and what a pleasure it was to be on the receiving end.

Rosa Weinberg is a designer and educator with a critical design process drawn from her training as an architect. She teaches design at the intersection of design and art, specializing in design for the body. She also writes and speaks about creativity and teaching. She is a senior coach and director of studio development at NuVu Studio, on sabbatical this spring teaching with Professor Beth Altringer.