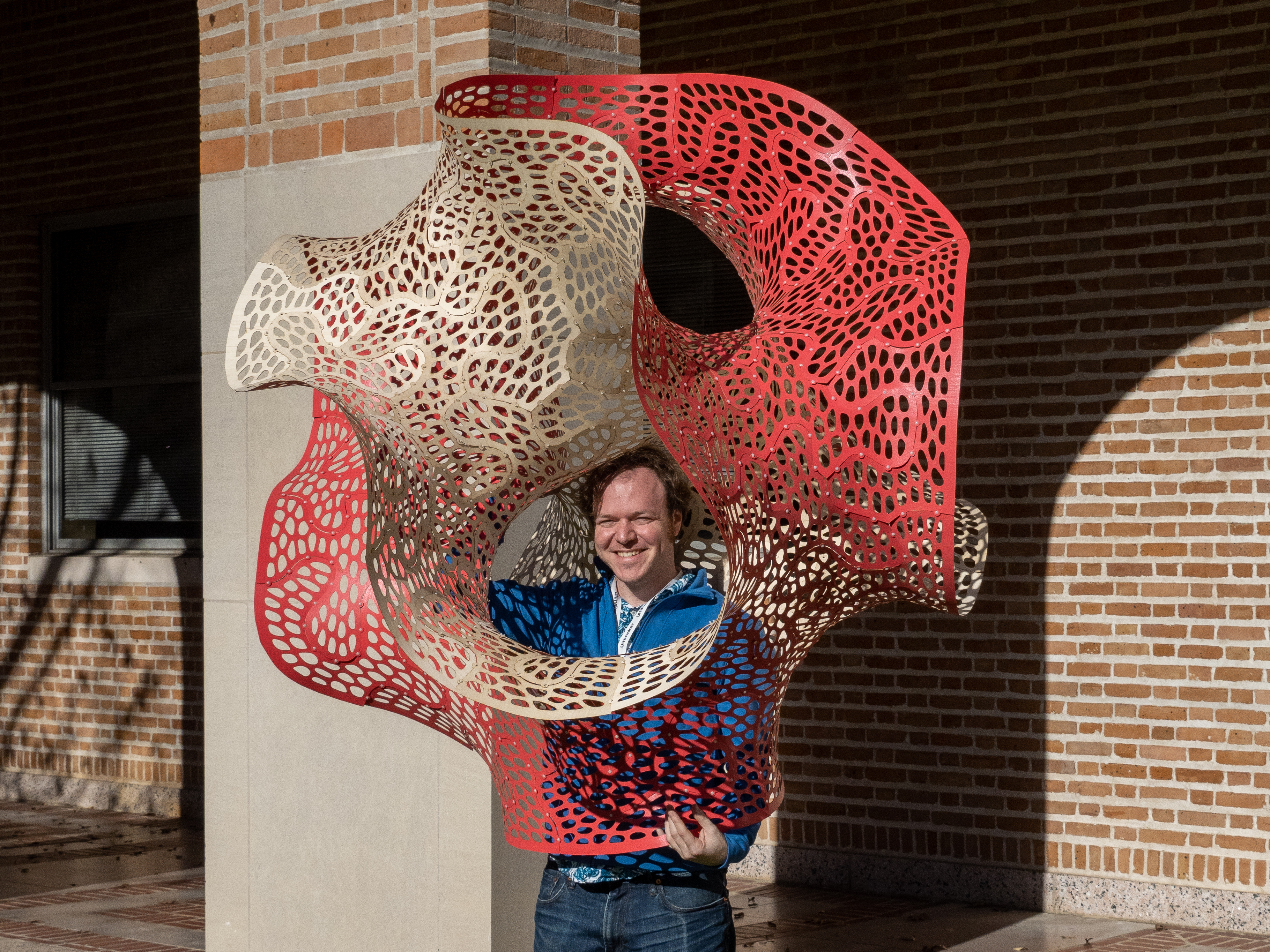 We were invited to Construct3D, a conference on digital fabrication and education, to make an art piece that could be collaboratively created with attendees. For that, we created Puzzle Cell Complex, a 5 foot gyroid surface assembled out of 69 unique flat panels which fit in a suitcase and can be put together from a simple page of instructions. The three-dimensional form is encoded in the shape of the panels and how they connect. The piece features three layers of pattern.

Most of the things we make at Nervous System are objects you can hold in one hand. For the past year, we have been working on an idea for creating larger sculptural objects from flat pieces. Creating a larger sculpture gives us an opportunity to design something with multiple layers of pattern employing different systems at different scales. We love how in nature, the closer you look, the more you can discover, and we want our designs to convey that same sense of wonder. This piece expresses our fascination with multi-scale structures, combining fabrication with geometric logic, and exploring new computational techniques.

The macroscopic shape is a cropping of a gyroid minimal surface. Minimal surfaces, also known as bubble surfaces, have zero mean curvature giving them interesting structural properties for distributing load. Though originally just a mathematical construct, the gyroid is found in natural forms such as the nanoscale structure of iridescent butterfly wings.

The panels are created by approximating flat sections of the surface. The surface has negative curvature, so no part is actually flat. However, we use a technique called variational surface cutting to optimize the panel shapes to minimize the amount distortion from flattening. This is what gives them their unique squiggly shape! The shapes are also reminiscent of the epidermal cells of leaves which are called puzzle cells.

Each panel has an anisotropic voronoi pattern cut out. These cutouts make the panels easier to bend and lighter weight while still maintaining their strength. They also help to give access to both sides of the material while assembling.

We began working on the ideas behind this piece as part of a proposal for a public park at Powderhouse Studios, a new public high school in Somerville which was tragically voted down by the school board. The original concept was a 30’ long inhabitable metal sculpture. We completed a residency at the Autodesk Build Space in Boston which allowed us to experiment and test ideas in aluminum and steel using a large format metal laser cutter. The idea began by brainstorming how we could make a complex, patterned surface affordably in metal. We were inspired by the riveted construction technique pioneered by Marc Fornes / theverymany in their sheet metal sculptures and also by new surface flattening techniques being developed by Keenan Crane. These techniques seemed like a promising direction for translating the generative structures we create with 3D-printing for small objects to human-scale constructions.

Experiments we created during our Autodesk Build Space residency in steel, aluminum and wood veneer

The panel shapes are generated with a new method called Variational Surface Cutting developed by Nick Sharp and Keenan Crane at Carnegie Mellon University. This approach differs from classical panelizations methods, which center around creating so called developable surfaces, which are surfaces with zero intrinsic curvature. You can think of this as any surface you can make with a sheet of paper. Instead, variational surface cutting evolves cuts on a surface to minimize the distortion when the surface is flattened. In this way, we make panels that are approximately flattenable, within some error tolerance. The excess curvature we count on being taken up by play in the joints, holes in the panels, and distortion in the final surface. The result is very unusual shapes with meandering cuts which cover almost the entire surface. Because we are designing a minimal surface, aka a surface with zero extrinsic curvature, we can count on the shapes of the panels and how they connect to encode the entire shape of the resulting surface. That way the people assembling the sculpture don’t even need to know the shape of what they’re making.

The sculpture traveled with us to Houston in a suitcase as a stack of flat pieces and was assembled in one afternoon with the help of Construct3D conference attendees. Each panel has an ID number engraved in its center and numbers along its edges identify its neighboring panels. This makes it easy to figure out where each piece connects. Small marks perpendicular to the edge mark where neighboring panels begin and end. We use plastic push-in rivets so the sculpture can be assembled without the use of any tools.

The assembly process starts with dozens of flat wood pieces. As they connect, the surface takes shape. 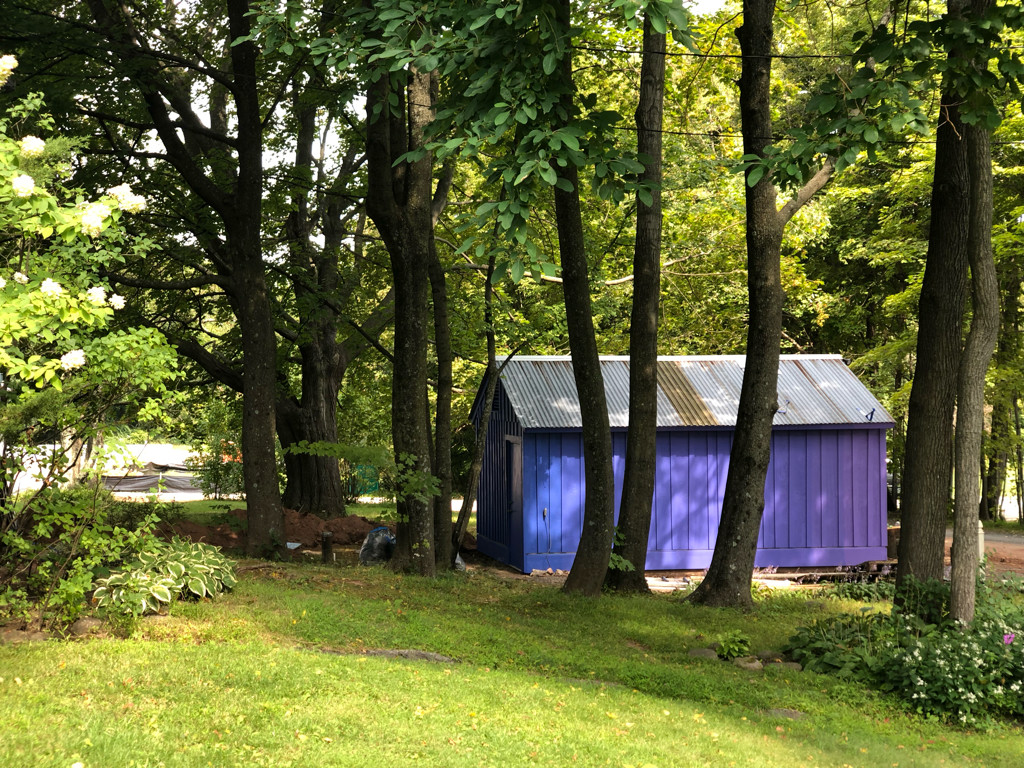 Nervous System open studio this weekend in the Catskills 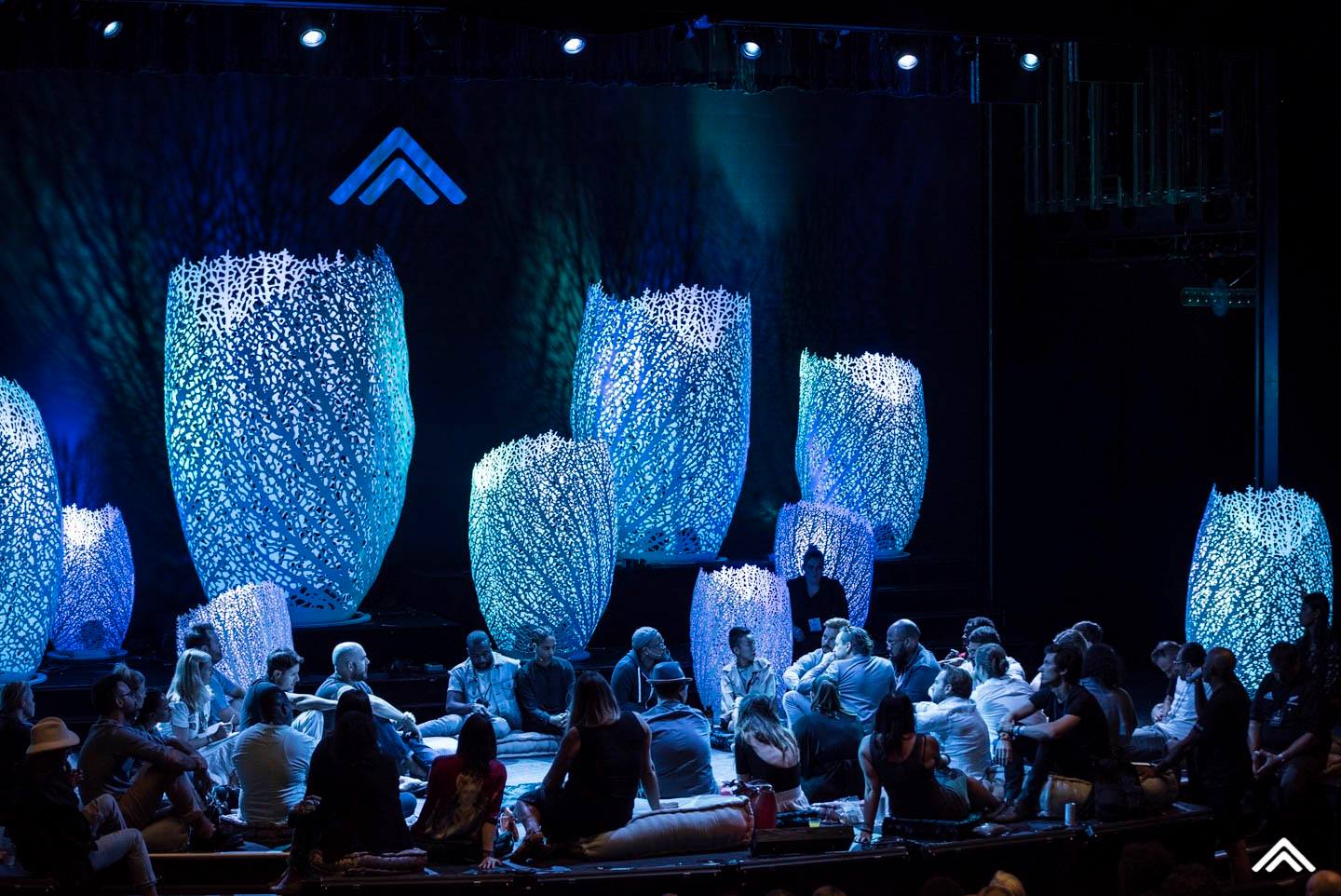 Coral-inspired installation for Summit At Sea 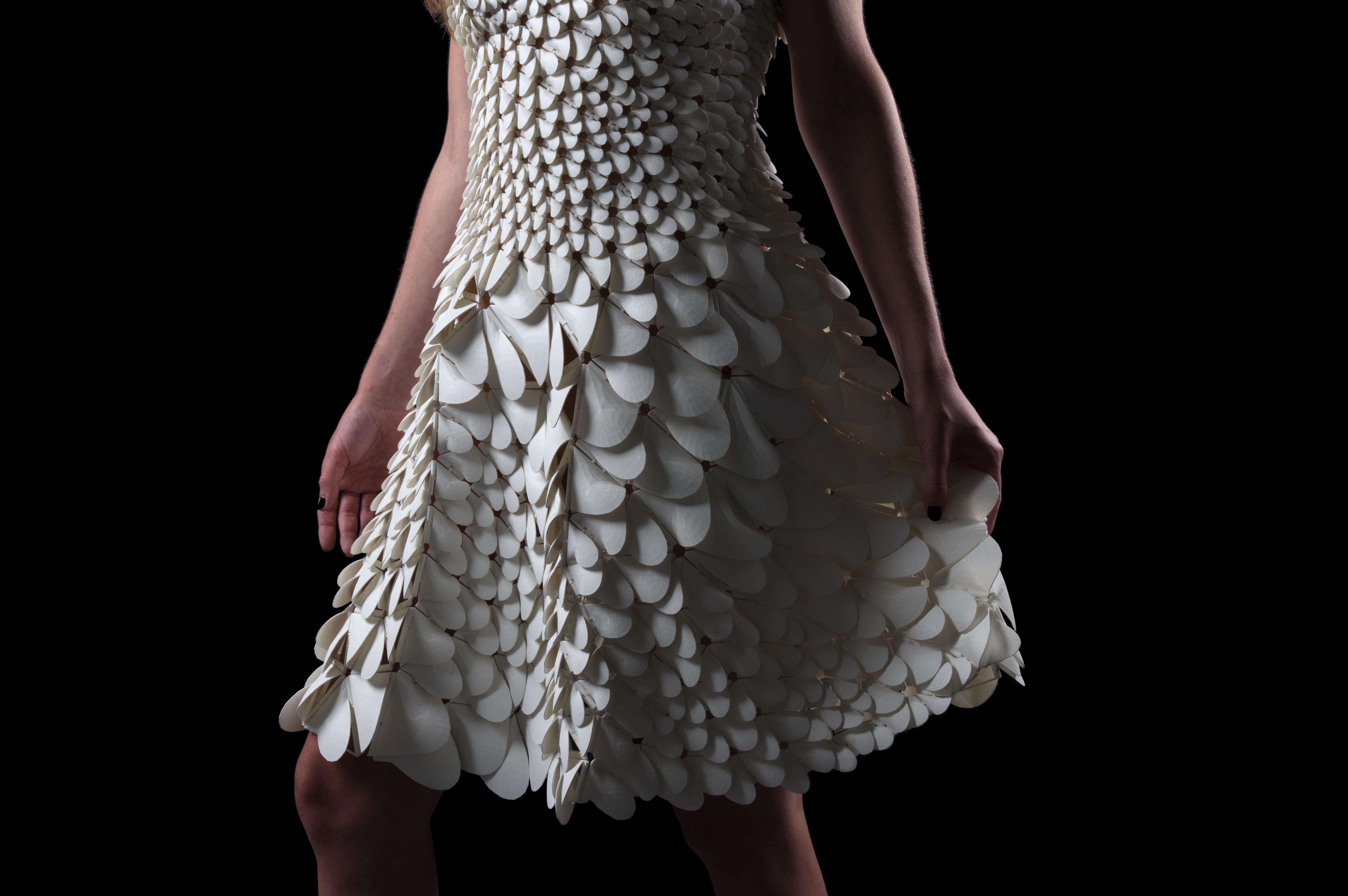