Ever since I was little, I’ve wanted to explore the ocean. Images of coral reefs and video of deep sea explorers captured my imagination and the ocean appeared to me as a wild, alien territory. My dream was to become a scuba diver. There was one major problem though, I’ve always been uncomfortable in water. Over the years, I’ve kept putting off taking a scuba diving certification course. I had plenty of excuses – “I can’t afford it,” “I’m too busy”, “I can’t swim well enough to pass the swim test portion without embarrassing myself.” Eventually I just got fed up with my own excuses. It’s funny how you can be a perfectly rational person in many aspects of your life but still let serious irrational fears get the best of you in other aspects. We signed up for scuba diving lessons with our local dive shop, United Divers. Predictably, I hated it. The feeling of being trapped inside an armature of rubber tubes, a constricting neoprene skin and all the while breathing out of a can of air on your back in the deep end of a small, crowded pool wasn’t particularly enticing. We practiced skills like removing your mask and your air supply which triggered in me some kind of visceral animal terror. They lectured us about all the things that could go wrong in our bodies due to the increase in pressure – your lungs could explode, your eardrums could burst, you could get oxygen toxicity, you could get nitrogen toxicity, etc. I really didn’t want to go back. But, we went back anyways. Nine dives later, I think I’m starting to enjoy it…certainly I’ve gotten over the irrational fear part and now I just have the rational part. After our first 4 dives, we became certified scuba divers. Dive number 5 was the first dive I could bring a camera on. Prior to our trip, I spent a few weeks researching underwater photography equipment. I ended up getting an Olympus ELP5 micro-4/3’s camera. Olympus is the only major camera manufacturer that makes dive housing for its cameras. Third party housings are very expensive, so it was cheaper to buy an entire new camera system with lenses than to buy the housing for my dSLR camera. I also considered how ginormous the housings for dSLR’s are and decided a smaller system would give me more flexibility in the water.  My underwater photography rig consists of Olympus ELP5, Olympus PT-EP10 housing, Olympus 60mm macro lens with focus ring, and one Sea & Sea ys-01 strobe. As you can see below, it’s still quite big even though it’s smaller than a SLR system. Taking photographs underwater is complicated. After you go down a few dozen feet, most sunlight has been absorbed so it’s rather dark. The red portion of the spectrum disappears first, so without a flash your photos will appear completely blue. Another issue is that the ocean is a dynamic environment, the water is constantly moving; so you are moving, your camera is moving and the things you are trying to photograph are moving. Not to mention the fact that you have to scuba dive while you do it; that means you have to watch your air consumption, maintain your buoyancy, keep track of your dive buddy, and not get lost all while operating your camera. Shooting with a strobe pretty much means you have to operate your camera manually, adjusting the strobe power, exposure and aperture for every shot. You also have to be really careful not that you aren’t bumping in to the stuff around you because most of it is alive and you want to document it, not kill it. To sum it up, underwater photography challenging. Most of the photos I took were complete rubbish. But, I’ve put some of the better ones in this post (these were shot at various dive sites in Kailua-Kona, Hawaii). Despite, the danger and difficulties, the ocean really is the diverse, alien landscape that I pictured it as when I was little. 3 responses on “learning to scuba dive” 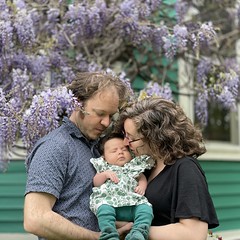