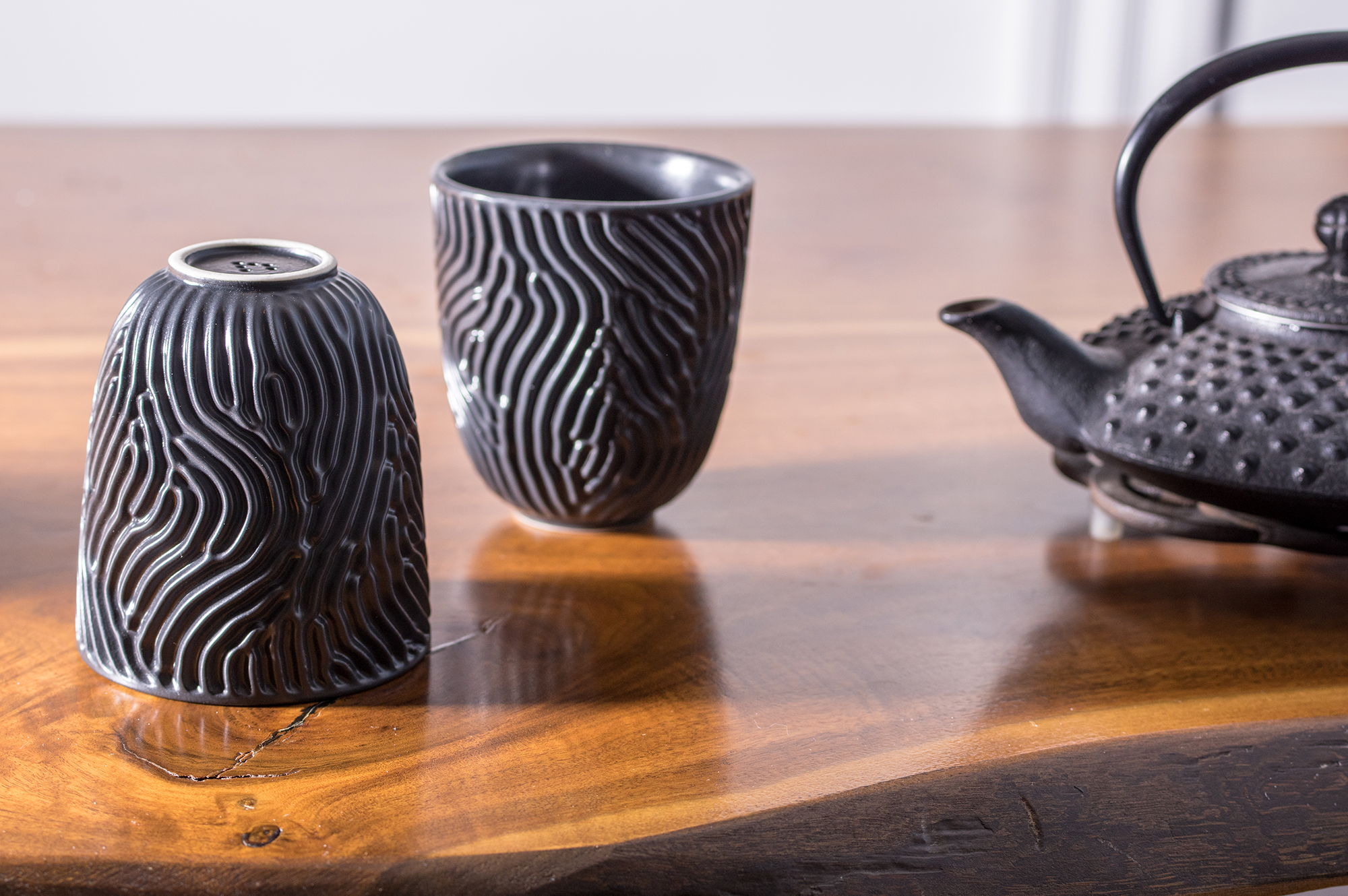 The Coral Cup is a new design from Nervous System. Computationally-generated and handcrafted in porcelain, the Coral Cup is inspired by the form of brain coral. The project is a fusion of new technologies and old: algorithmic design and 3D-printing meet traditional porcelain techniques. The cup’s surface is deeply grooved with meandering ridges and valleys creating a tactile experience. The cup is as delightful to hold as it is to behold. Its topography is reminiscent of many forms in nature from the ridges of sand dunes to folds of brain coral or even the wrinkles of your fingerprints. We are taking pre-orders for the Coral Cup in three colors: white, charcoal, sea foam. The cups are dishwasher and microwave safe. If you place an order by November 20th, we will ship the cups to you in time for the holidays (UPDATE: We’ve sold out of our first production run! Unfortunately, that means new orders will not arrive in time for the holidays). This is our first foray in manufacturing porcelain in house. From the molds to the slip and the glaze to the final piece, everything is mixed, printed, cast, and fired in house. Your support will help us create more experiments in computationally-crafted ceramics.

The cup’s texture is generated by a simulation of reaction-diffusion, a mathematical model of pattern formation in biological systems that’s been used to explain the skin patterns of animals from the spots on tropical fish to the stripes of zebras. We can affect the simulation by changing reaction rates, scale, and the direction of diffusion through space. We’ve been designing objects with reaction-diffusion systems since 2010. You can read more about reaction-diffusion on our Reaction Project page or in our previous posts.

We designed a similar cup in 2011 and had it mass produced in China. It sold out, and we haven’t had it available since. We wanted more control over the manufacturing process so we decided to make porcelain in house. With the help of Kevin Cieplensky (our in-house ceramicist), we started from scratch making a new design and building a ceramics workspace at Nervous System.

Controlling the simulation not only lets us make aesthetic decisions, but is also important for manufacturability. To create a deeply ridged cup, we need to use a multipart mold. Seams of the mold impart a mark on the piece. If a seam cut across the pattern it would leave a line disrupting the design. At first we tried to use just a one part mold, but achieving the depth of texture we wanted wasn’t possible. To make a multipart mold, we had to make the parting surface of the mold follow the pattern.

This means the organic pattern of the cup’s surface needs to include three almost vertical lines which are evenly spaced. We did this by controlling  diffusion through space in the simulation. By gradually shifting the directionality of diffusion we can grow lines in the pattern which subtly move towards vertical in the designated areas. We generated thousands of potential patterns by varying the parameters related to the seams. These were saved as flat unrolled images so we could quickly judge them for aesthetics and manufacturability. How do we take our generated design and translate it to porcelain? In contrast to some of our products where we just click print, crafting ceramic is an involved process with many steps.

Instead of 3D printing a copy of the cup, we 3D print parts which can be used as a mold for a mold of a mold. Confusing right? We cast silicone rubber into the 3D printed mold parts, which we make on our Formlabs machines. The rubber parts are master molds that we then use to cast plaster parts. The plaster parts are used to cast the ceramic slip, a liquid pourable clay. The process we use is called slipcasting, which is a neat casting process for hollow ceramic forms. When we pour the slip into our plaster molds, the edges dry faster as moisture is quickly wicked away by the porous plaster. After about 15 minutes, a hardened skin of porcelain forms, and we pour out the rest of the slip for later use.

The next day we can release the cup from the mold. Since the seam lines follow a ridge of the pattern, they are quickly removed with the swipe of a sponge. The cups are then glazed and fired to cone 6 in an electric kiln. All the slip and glazes are mixed right in our studio.

We are taking pre-orders for the Coral Cups starting now. If you want to give or receive some algorithmically-generated, nature-inspired, hand-crafted porcelain for the holidays, place your order here before November 20th. That will give us time to make your cups in our studio in Somerville, MA and ship them to you for the holidays. 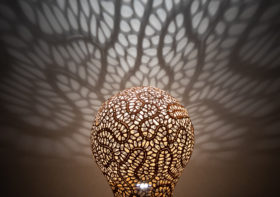 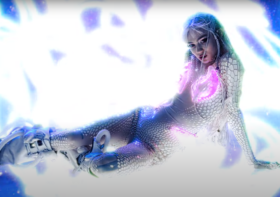 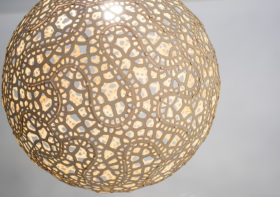